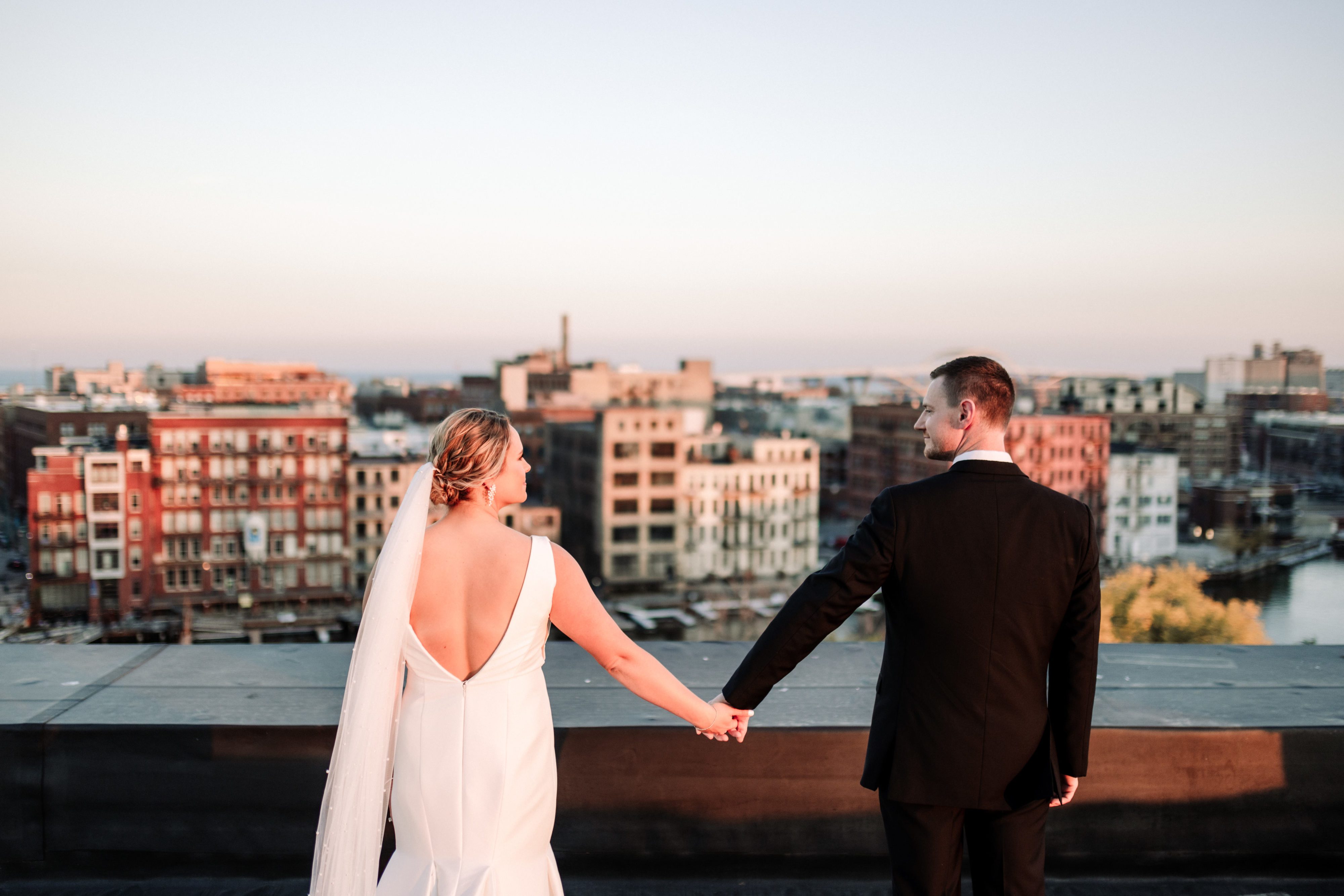 Mariah and Ben got married on an absolutely stunning, sun-shiny day in Milwaukee. Spending the day with these two was so easy; they’re incredibly relaxed people, full of laughter and joy! We witnessed their love for each other, which was so natural and easygoing.

While Mariah and Ben met in college at UW-Madison, it wasn’t until after they both graduated that they rekindled their friendship. They’ll never agree on what bar it truly was they met up at, but they definitely agree on the important part that happened afterward. Their friendship quickly turned into a dating relationship, and that relationship became everything to them both.

I had worked a stretch of days and had a day off before I was going to Florida with some friends for a girl’s weekend. Ben and I had made plans to get dinner that evening, but he texted me when I was on my way home that it was his parents’ anniversary and he was going to get dinner with them quickly. Ben kept insisting that he had to go, but he also wasn’t inviting me! I should’ve known something was up because he was dressing up and literally leaving me. My sister was over and suggested we take a walk by Summerfest. Well, we get to Veteran’s Park, and she wants to walk in a different direction – I thought that was odd. I noticed a photographer just standing looking out at the water. Then Ben walks out from behind a tree. I barely remember what he said, but I know I kept saying “what are you doing!?” After saying yes, we met with our immediate families at Central Standard Distillery.

I told Mariah that I was going to grab a drink with my parents for their anniversary, and I left to go to
Veteran’s Park to get situated with the photographer. Mariah’s sister, Ciara, took her on a walk to what she thought was the Summerfest grounds. As she was walking up the path, I stepped out from behind a tree and stood over a bed of rose petals on the ground. It didn’t take long for Mariah to see me. It definitely caught her off guard and was very exciting. The end.

We’re so happy to share this peek at their beautiful Pritzlaff Wedding day.